Kampong Cham is the capital of Kampong Cham Province. It’s one of the three biggest cities in Cambodia. The city is laid on Mekong River and closes to Phnom Penh (123 kilometers) and Vietnam. As its location, Kampong Cham has been an important center of trade and transportation. It takes just under two hours by road or by the bullet boats – the main kind of transportation between towns on the Mekong River, to get here from Phnom Penh. The town itself is strange and attractive by wide roads and bustling scene on the river in the morning. It’s nearby some sights and on the way by boat or road to Kratie, Mondulkiri, Rattanakiri and Stung Treng Provinces. These are really advantages for Kampong Cham. In Kampong Cham, the old and the new are combined: a new temple being built in and around old ruins; the boats taking goods and passengers next to the first ever bridge’s construction.

This city is less developed because there is little foreign investment and tourism. It’s has few modern buildings next to French architectural buildings which have stood there from the colonial period. Kampong Cham, likes other Cambodian cities, is dirty with many garbage at common sights. But people here are very friendly and open. Both Prime Minister Hun Sen and former Phnom Penh Governor Chea Sophara came from this province. Recent projects are improving the state of things and change Kampong Cham’s image positively.

Lying near the massive Tonle Sap with endless fish source and alluvial, the people living in Kampong Chhnang have a huge food suppliers and a great condition for rice plantation. So, most Kampong Chhnang people are fisherman and farmers.

It’s easy to get to from Phnom Penh via national road number 5, passing by the former capital of Udong. Besides, a bus will take you here from the capital and along the way you can see beautiful scenery where you can stop for a meal or taking some photos.

When arrive, the best vehicle to travel and explore the sightseeing of Tonle Sap and Kampong Chhnang is a local boat. Besides, a motorboat is also another great choice to discover the scenery and the price is quite acceptable.

With Product You Purchase 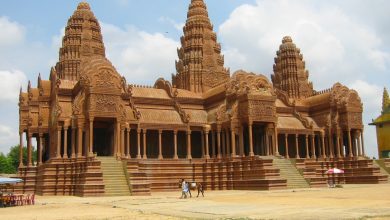 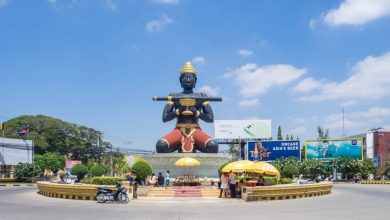 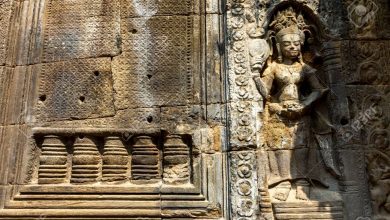