It is can be said that the Royal Palace is one of the most palatial, dignified and complicated architectural masterpiece in Cambodia. The Royal Palace of Cambodia is a complex of buildings, even though it is generally understood to be the royal residence of the King of Cambodia. The compound used to be the citadel of King Ponhea Yat (1393-1463) and erected to its present state in 1886, when King Norodom (1834-1904) relocated the royal capital from Oudong to Phnom Penh. The combination of the spiral towers and Khmer architectural style have created a wonderful tourist destination, a well-known royal landmark of Cambodia unlike any others. Perhaps the Khemarin Palace, also known as Prasat Khemarin or the ‘Palace of the Khmer King’ is the most impressive building among numerous other interesting ones within the 183,135 square meters compound. This is officially the residence of His Majesty, King Norodom Sihamoni

Inside the palace grounds, the noises from the street are silenced by the high walls surrounding the compound. While tourists cannot enter the area of the royal abode, visitors can gain entry to the Throne Hall (Preah Tineang Tevea Vinichhay) where coronations and official ceremonies take place, the Temple of the Emerald Buddha (Wat Preah Keo Morakot), Stupas (Chedei), a Royal Dining Hall, the Chan Chhaya Pavilion and a French-style building that was a gift from Napoleon III.

With Product You Purchase 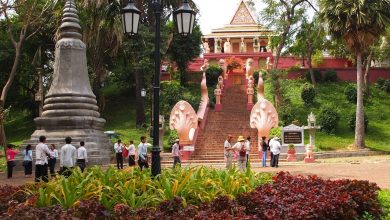 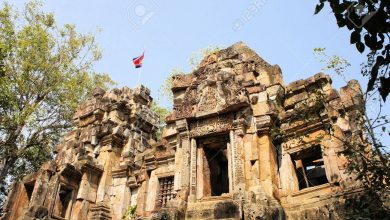 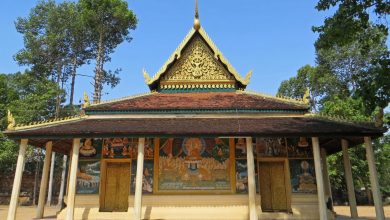